Steve Cagnetta is a co-founder and Principal of Company Counsel. He has been advising entrepreneurs and emerging companies since 1995.  Steve greatly enjoys working with entrepreneurs to help resolve the many business/legal issues that arise in the dynamic life cycle of an emerging company.  Steve is also a co-founder and Chief Counsel for Primacea, Inc., a company dedicated to representing the best interests of leading physicians in connection with their collaborations with industry.

Steve has been a guest lecturer at the ITEC Business Plan Boot Camp at BU School of Management.  He has also been a panelist at events focusing on venture capital and start-up issues.

Steve serves as a member of the Board of Directors of several for-profit privately held companies and is currently Chair of the Board of Trustees for the Christa McAuliffe Regional Charter Public School, a charter school that uses expeditionary learning principals to teach middle school students in the Boston’s metrowest region.

Prior to founding Company Counsel, Steve practiced at Hutchins, Wheeler & Dittmar, in Boston and at O’Connor, Broude and Aronson in Waltham. Before entering private practice in 1995, Steve was a Lieutenant in the U.S. Navy Judge Advocate General’s Corps, where he served as a prosecutor and staff counsel to Commander, Submarine Group Two, in Groton, Connecticut.

Steve may be reached at:

“Our business model is predicated on getting the most out of our team. With their depth of experience and knowledge of our business, adding Company Counsel as our part-time general counsel has paid significant dividends.”
~ Amarpreet Sawhney – Serial Entrepreneur (Confluent Surgical, Ocular Therapeutix, Augmenix and Instylla)

“Company Counsel served as part-time general counsel to marketRx for many years and until its eventual sale in 2007. When I started my next business, Axtria, Inc. in 2010, Company Counsel was one of my first calls.”
~ Jassi Chada – Serial Entrepreneur (marketRx and Axtria) 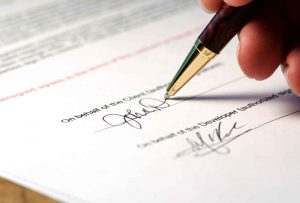 “As an emerging company with diverse legal service needs, GivingData has appreciated the breadth of Company Counsel’s expertise.  Company Counsel has advised us in connection with matters as diverse as equity financings, employee compensation, corporate governance, technology licensing and other third party agreements.  They have become a great partner as our business has grown” ~ Alfred Gracombe, Founder and CEO – GivingData